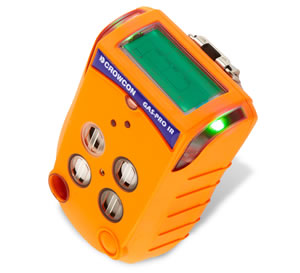 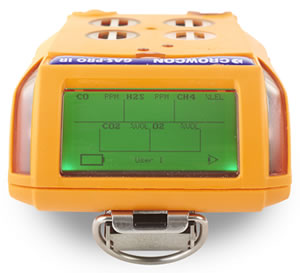 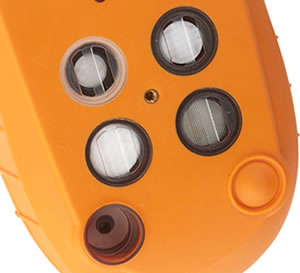 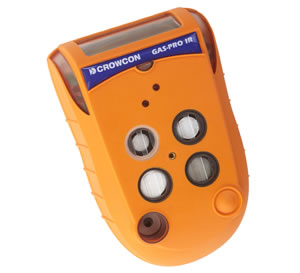 The infrared measurement gives improved reliability and measures gas in two different wavelengths: one that absorbs gas and the other does not. With little chance of being poisoned, the Gas-Pro IR is inherently safer and saves the need of regular and expensive pellistor replacement when used in likely contaminated environments.

The Gas-Pro Range is known for its simple use and functionality as well as easy testing and calibration. The Gas-Pro IR now completes the Gas-Pro range and gives greater flexibility for sensor selection in this 5-gas multigas detector.

Infrared emitters within the sensor each generate beams of IR light . Each beam is of equal intensity and is deflected by a mirror within the sensor on to a photo-receiver, which measures the level of IR received. The “measuring” beam, with a frequency of around 3.3μm, is absorbed by hydrocarbon gas molecules, so the beam intensity is reduced . The “reference” beam (around 3.0μm) is not absorbed, so arrives at the receiver at full strength.

The %LEL of gas present is determined by the difference in intensity between the beams measured by the photo-receiver.

IR sensors are reliable in some environments that can cause pellistor-based sensors to function incorrectly or in some cases fail:

Gas-Pro IR measures in %LEL and has been certified for use in hazardous areas as defined by both ATEX/IECEx and UL.